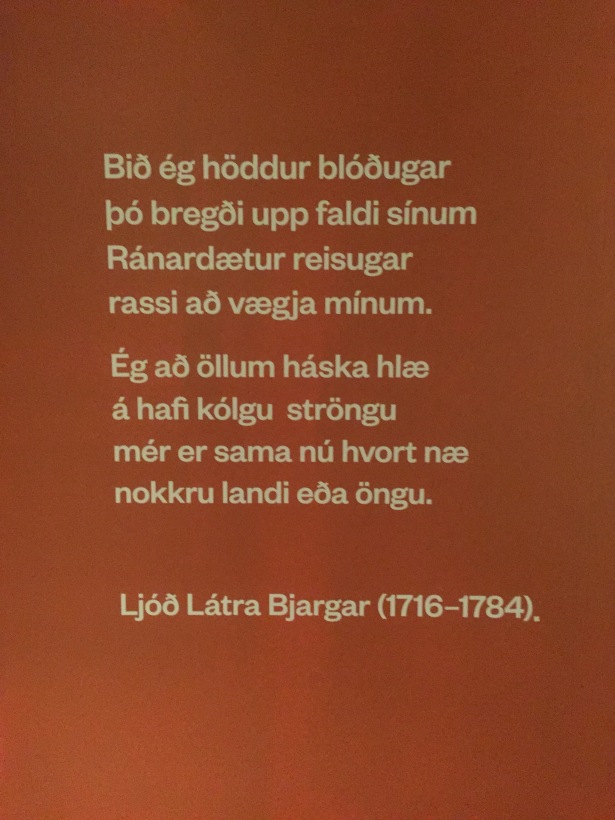 Had a lovely morning wandering around the touristy and working areas of Reykjavik’s old harbour. There’s a fabulous exhibition at the Vikin Maritime museum all about seafaring Icelandic women through the ages.

Here are a few things I found out: